So we left off yesterday with the plans for the night…the plans got changed..I think…can’t remember it was too much fun.

So after Kai’s nap we went to the French Village pool again, and this time it was packed with these travel agent ppl that showed up for a convention. Wow talk about egos and hormones…it was initially a shock to the system, but we managed to find space in the insanity. They stayed by the swim up bar, and we stayed by the kids section. So all in all it was good.

Kai is getting more and more confident in the water, he keeps telling us that he wants to do it all by himself.

NO rain yesterday while we where at the pool, however there was the standard rain over night.

one of the many things about this boy is that he amazes me at every opportunity. He eats any vegetable you put in front of him (at least he tries it) and every now and then he will eat a protein completely out of the blue.

There was another kids show on last night in the French Village, had the gang from sesame street, unfortunately it was waaay passed Kai’s bed time. Yeah that’s right, we are trying to keep his routine, he likes consistency.

So that’s exactly what we did, OBTW we haven’t gotten the picture from the photo shoot back yet, we should be getting it sometime today.

Today the skies are blue, minimal clouds, the temperature hot, a nice breeze from the ocean, the beach had a yellow flag, bah that’s no big deal…all in all shaping up to be a great day!

Today was one of the best days we have had in the ocean with Kai…he actually was kicking and floating in the water without having that look of fear in his eyes. Sharmeen took him into the water to begin with, the initial plunge in he was a little scared cause the water is a little chilli compared to the outside, and he was resistant. However he did the standard koala grip on shim…I finally came into the water (I was taking picture) BTW the picture attached is not from today it is a picture from the video we shot the first day we where he in the ocean)

Once I go into the water, I figured i would give Shim a break from holding him, and also the water was a little bit choppy and strong today compared to the other days. Kai and i started playing in the water, taught him how to push the water into the air, and bobble in and out of the water…while  i was doing this we started to slowly loosen our grips, and let him be more horizontal in the water, he started being more comfortable, and to keep up with this I started singing

and so on….this little distraction made it easy for him to start kicking and floating by him self (we have a life vest on him and I had a tether as well)

We are soo proud of this boy for taking this big step!

From the first day we introduced him to the ocean, he has been tasting the water and trying to convince us that the water is salty…priceless!!! 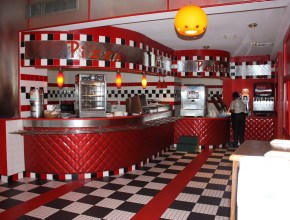 We took Kai to Bobby Dee’s for lunch, some good ol fashioned burgers fries, onion rings, grilled cheese sandwiches. We found out from the staff that there is a beach party tonight and tomorrow at the Arizona Restaurant. We plan to check this out tomorrow, since tonight is Kimono’s night SOOO looking forward to that.

As you probably guessed Kai is taking his nap now, and when he wakes up at 2 we plan to go on the lazy river, the water slides, and water park before we hit the pool for the rest of the evening. We have shot over 3.5gigs of video, and I need to charge the camera before we go out this evening. Want to take video in the water slide…going to be soo much fun! maybe I will try the wave pool, attempt to surf (more likely fall smack down on my face in the water…either way will be fun to watch…lol )

K one last thing before I sign off…We want everyone to start putting some funds aside, in three years (2015) we plan to come back here to the Turks and Caicos in September best time to come, the resort isn’t busy and you get pampered…so all those who want to join us on this lovely excursion lets save now so we can do this as a nice family vacation…everyone has something to do here so no one will be left out..